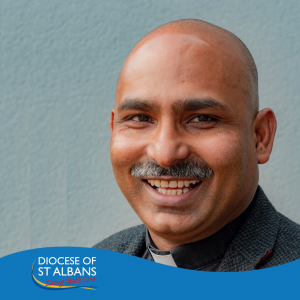 The Rt Revd Dr Pete Wilcox, Bishop of Sheffield, has appointed the Revd Canon Javaid Iqbal as the new Archdeacon of Doncaster in the Diocese of Sheffield.  Canon Iqbal is currently a Team Rector in Aldenham, Radlett and Shenley, where he has been since 2013.

He will be installed as the new Archdeacon of Doncaster at a service in Sheffield Cathedral on Saturday 16 May. His predecessor, The Venerable Steve Wilcockson, retired at the end of 2019.

Speaking on his appointment, Javaid said:

“I am humbled and overjoyed at Bishop Pete’s invitation to join the Diocesan leadership team as Archdeacon of Doncaster. I will miss the parish and people of the Aldenham, Radlett and Shenley Team and the Diocese of St Albans but am confident of the call to Doncaster Archdeaconry. I am excited to get to know the area and people of the Archdeaconry and the Diocese of Sheffield. I will look, listen and learn to partner with the gifted, generous and committed people to support parishes, deaneries and schools to enhance the worship and mission of the church to live out the love of God and good news of Christ Jesus.”

Javaid was born and brought up in Pakistan. He is married to Mussarat, and has four children, all grown up, and studying in universities. After training in Pakistan and England, he was ordained in the Church of Pakistan in 1997. Javaid has served in five parishes, two in Pakistan and three in England, and set up a Diocesan department for mission and evangelism.

Speaking about the news, the Bishop of St Albans, Dr Alan Smith,  said: “Revd Javaid Iqbal has devotedly served his parishes and the Diocese of St Albans alike as a gifted priest and able and popular Chair of the House of Clergy. That devotion, his leadership, energy, love of the Gospel and desire to bring people to know God’s love are the things we will miss most here. We will also miss his sense of humour and warmth. He and his wife Mussarat go with our love and prayers.”

The Revd Canon Sophie Jelley is waiting to be consecrated and installed as the next Bishop of Doncaster.  Sophie will be a close colleague of Javaid’s and was involved in his appointment, she said:

“I am really delighted at this appointment. In Javaid we discerned a wise and prayerful priest with a love for God and his people and a track record of helping churches and individuals flourish. I very much look forward to working with Javaid to encourage and strengthen the archdeaconry of Doncaster over the coming years.”

“I am immensely grateful to Javaid and his wife Mussarat for their readiness to respond to the call of God to this new role in our Diocese at this time of significant challenge and change.  Javaid is a gifted and experienced priest who will enrich the senior staff team to the benefit not only of the Archdeaconry of Doncaster but of the whole Diocese.”

Javaid has 22 years’ experience of ordained ministry, in three different diocese’, in very diverse contexts.  He went to St Thomas Theological College in Karachi in 1992. After having trained for two years there in 1994 he attended St. John’s College Nottingham, completing another three years training. He served in the Diocese of Leicester for 13 years, and has been made an Honorary Canon in Leicester Cathedral.

Since 2013, Javaid has been a part of Diocesan life in St Alban’s. He has been involved in various aspects of ministry, as Chair of House of Clergy, vocation advisor, BAME vocation champion, reaching new people learning community, and interfaith and intercultural ministry to diverse communities.

“It’s an important time of change for the whole Diocese of Sheffield, and for the wider community in South Yorkshire. I am greatly looking forward to serving with Javaid, who will bring a really deep understanding of communities and how they thrive to our shared work.”