Archdeacon of St Albans to retire in 2020

Archdeacon of St Albans to retire in early 2020 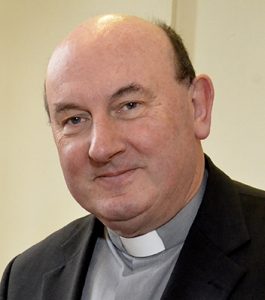 After almost 12 years in post, the Archdeacon of St Albans has announced that he will retire in early 2020.

His retirement will fall in his fortieth year of ordained ministry. This has included serving in rural North Bedfordshire, suburban Hertfordshire and in chaplaincy to the Bedfordshire Police.

He became Archdeacon of St Albans in 2008 during which time he has served on many Diocesan Boards and Committees and has had a special interest in our Caribbean Links and has been delighted to visit our Link Dioceses and share in their mission and ministry.

The Bishop of St Albans, Dr Alan Smith, speaking about the Archdeacon’s ministry, said: “Jonathan has been a popular and effective archdeacon. His experience of parish ministry in urban and rural settings and in chaplaincy has given him great empathy with a wide range of people. He has been a huge support to clergy and laity alike and his advice and wit will be missed. I am delighted that he will still be living in the diocese where he is hoping to exercise an active retirement ministry. I wish him a long, happy and fulfilling retirement.”

Archdeacon Jonathan grew up in East Suffolk and plans to retire in Hertfordshire. He will remain a long-distance supporter of Ipswich Town FC – The Tractor Boys!

“The Book of Ecclesiastes declares that ‘for everything there is a season and a time for every matter under the heaven.’  There is a time for taking things up and a time for laying things down.  After thought and prayer I believe now is the time for me to lay down my responsibilities as Archdeacon and take up that new phase of life and ministry called retirement.

“I ask your prayers for myself as I begin to contemplate and prepare for retirement and for Bishop Alan and those who will assist him in appointing my successor.

“A service of Choral Evensong concluding my ministry as Archdeacon will take place in the Cathedral on Saturday, 11 January at 4 p.m. to which all are invited.”