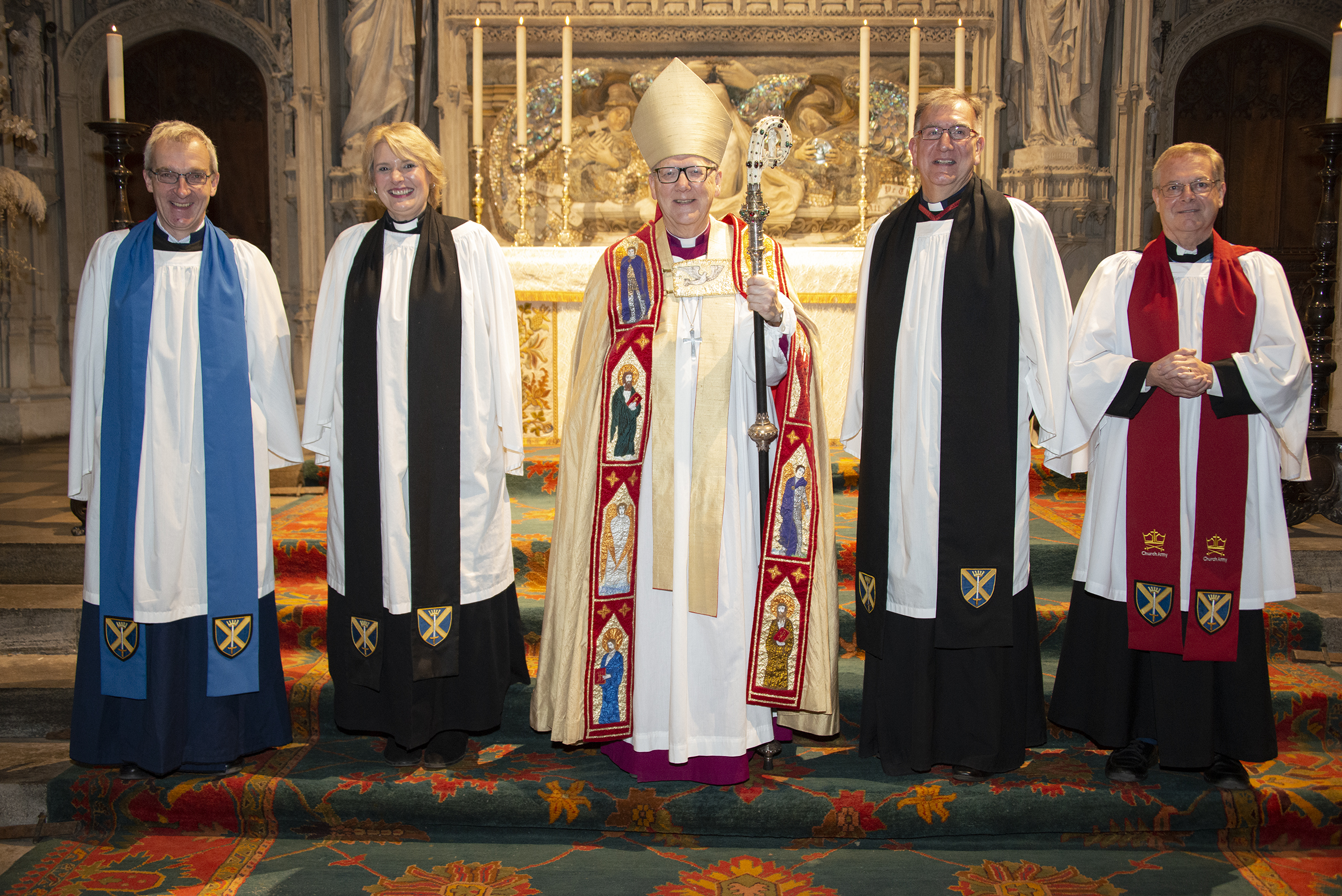 Just how distinguished he is, is shown by the fact that he was elected a Fellow of the Royal Society in 2011. He is now Professor of Natural Philosophy in the Department of Physics at the University of York and is a Reader in the Church of England.

He leads the UK ‘Physics of Life’ network and holds a research fellowship focusing on the physics of protein signaling and the self-assembly of silk fibres.

Two recent books, Faith and Wisdom in Science (2014) and Let There Be Science, articulate a theological narrative for science, and support his work co-leading the major project Equipping Christian Leadership in an Age of Science which was recognised by the Archbishop of Canterbury’s Lanfranc Award in 2018.

He is a keen scuba diver and mountain hiker; he plays the French Horn and says he would love to take a trip into orbit but can’t afford one at the going rates right now! He is being appointed as our Canon Scientist and we are looking forward to the lectures that he will be giving over the next five years.

After working in human resources, Andy Crooks was commissioned as a Church Army evangelist in 1982, working in Ipswich and then as the Candidates Recruitment Secretary at Church Army headquarters at Blackheath.

In 1991 he became the Communications Officer in this diocese, and was then chaplain to my predecessor, Christopher Herbert and then became my chaplain in 2009.

Andy has a particular interest in pilgrimage and the history of sacred locations, the Celtic Christian tradition and the interface between faith and science. He is committed to lifelong learning and is currently teaching himself to weld (badly!). Andy is married to Pam and they have two adult sons, Ian and Matthew.

Laura was born in St Albans, and trained at Cranmer Hall. She has served in churches in Hull, Scarborough and the Billingham Team Parish. She became the first woman Regional Director for New Wine.

Laura came back to St Albans diocese to be incumbent of St James, New Barnet five years ago.  She also serves as Area Dean and Priest in Charge of Holy Trinity, Lyonsdown.

Laura has a track record of enabling others and as someone who has a heart for mission. In her spare time, she enjoys a curry with friends, painting and travelling in her campervan – and she keeps rabbits!

Prior to ordination Stephen worked in agriculture. He trained at St John’s Nottingham and was ordained in 1995 in Chichester. He has been Incumbent of the Woburn Benefice since 2004 and has served 9 years on Diocesan Synod and 6 years on the pastoral and mission committee. He has been closely involved in the Bedfordshire Royal British Legion and Fire and Rescue Service.

Stephen is a life-long Arsenal fan (the Gunners) and has therefore heard the obvious joke connected to the canon making a few times recently and even bears an Arsenal tattoo on his right arm.

He enjoys reading theology and fiction. Stephen is married to Jenny and they have four children and three grandchildren.