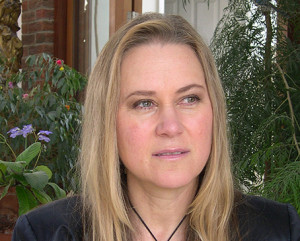 A member of the General Synod for 25 years, she was also a founding member of the Archbishops’ Council and has served in a voluntary capacity on many of the Church’s national bodies.

She is well known in St Albans Diocese having lived here with her husband Chris for 37 years, first in Graveley Rectory for 18 months then in Barley, where they have lived since 1980 and Christina has been a member of the PCC since 1981.

In Barley, she led a family service for 15 years and organized and led the Christingle service for 21 years.

Her election to Buntingford Deanery Synod was in 1982 and to Diocesan Synod shortly afterwards, since when she and has served on Bishop’s Council and various sub-committees, including Policy sub-committee and Agenda Group, Board of Ministry, Board for Christian Development, Advisory Committee for Diaconal and Lay Ministry (ACDALM), Adult Continuing Ministry and Education Committee (ACMEC) and has been on various working parties, including on safeguarding, the Clergy Survey, with Hertford University and Vocations group.

Nationally, she has been a representative of the General Synod on the governing body of Ripon College Cuddesdon, an Anglican theological college, for 15 years. She initiated the prestigious Faith & Media Consultations held at St George’s House, Windsor Castle.

Rees was spokesperson for the Movement for the Ordination of Women in the run up to the vote for women priests in 1992 and Chair of Women and the Church (WATCH) for over 13 years. She has been active in many areas of Church life, including combatting institutional racism, supporting religious broadcasting and promoting lay and rural ministry. She has represented the Church at the United Nations Commission on the Status of Women, the General Assembly of the Church of Scotland and on the former Central Religious Advisory Committee

Rees has contributed to many public debates and lecture series, speaks and preaches widely and has been a writer and broadcaster for over 20 years, contributing to numerous radio and television programmes, most recently to the reburial services of Richard 111 in Leicester Cathedral. Rees is a Senior Partner of Media Maxima, a communications and media consultancy, Chair of the Christian Association of Business Executives (CABE), a Trustee of Bible Society and Vice Chair of It Takes One Woman, a grant making body for women in the global south.

Speaking about her honour, the Bishop of St Albans, the Rt Revd Dr Alan Smith, said: “I am delighted to see Christina Rees’ enduring and significant contribution to the Church of England recognised in the award of a CBE.”