Details of the General Synod Representatives for this diocese can be found here.

Elections are currently underway for the 2021-2026 quinquennium and further information can be found here. 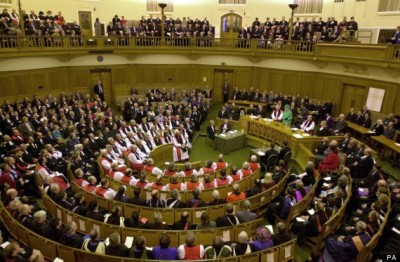 Find more about General Synod on the Church of England website including agendas and papers.

General Synod is the national assembly of the Church of England.

It came into being in 1970 under the Synodical Government Measure 1969, replacing an earlier body known as the Church Assembly.

It has powers in the following areas: