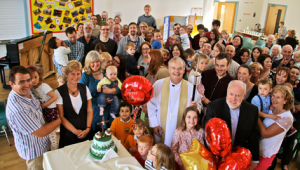 The basic framework of ministry and mission in the Church of England comprises parishes (units of administration), benefices (units of ministry) and deaneries (local areas). Pastoral re-organisation means making a change to part of this framework, in order to “make better provision for the cure of souls”. There are lots of ways in which changes can be made and some examples are set out below:

Formal changes are made under the provisions of the Mission and Pastoral Measure 2011. The Measure sets out a process involving consultation leading to the making of a Pastoral Scheme or, for more minor proposals, a Pastoral Order. The sorts of things that can be done by Scheme or Order include:
• Creating a new parish for an area which has recently seen major housing development and now has its own worshipping community
• Uniting benefices to create one benefice with a designated Rector or Vicar
• Changing parish boundaries to make sense of people’s natural link with a particular geographical centre
• Creating a Team or Group Ministry to provide for co-operative ministry between the clergy in a local area
Formal changes can also be made to the status of church buildings, for example making a small, rural parish church a chapel of ease within a larger united parish or, very rarely, closing a church building which no longer has a sustaining worshipping community. 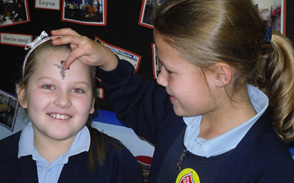 There are less formal ways in which parishes and clergy can work together:
• Local Area Mission Partnerships (LAMPs) – a LAMP is a partnership between clergy in different benefices, often with a particular mission focus. There is guidance on LAMPs below.
• Working in a Multi-Parish Benefice – Guidance about working in ways that reduce time spent on administration, to release energy for mission. See the guidance documents below.Many churches co-operate informally with local churches of other denominations. Where more formal links are being considered, please have a look at the guidance provided by Churches Together in England.The Archdeaconry Ecumenical Officers are available to provide advice:
Bedford – The Revd Stephen James Toze
Hertford – The Revd Paul Edward Seymour
St Albans – Vacant

Each deanery is developing a Deanery Mission Action Plan, which sets out how the deanery can support spiritual and numerical growth in every place in the context of the diocesan vision of Living God’s Love. Deanery MAPs also identify any areas where formal pastoral re-organisation or informal co-operation is already happening or may be helpful.