St Alban – England’s first martyr, dying for his faith in about 209 AD 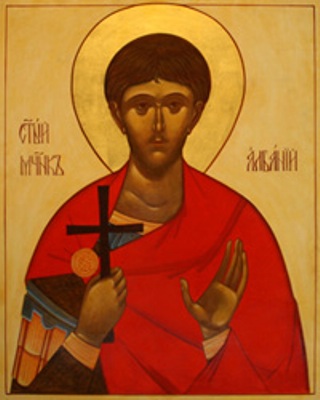 Alban was a citizen of Verulamium – an important Roman city close to present-day St Albans. He took in a Christian priest, Amphibalus, fleeing the Roman persecution of Christians. The prayer and life of the priest so impressed Alban that he accepted the Christian faith.

So when the Roman authorities discovered Amphibalus, Alban exchanged clothes with him and he escaped. Alban was brought before a judge, declared his Christian faith and though tortured, refused to sacrifice to the Roman Gods. As a result he was sentenced to death.

Legend tells how a spring of water miraculously appeared at the place of his execution, to provide him with a drink. Moved by his witness the original executioner refused to carry out the deed. His replacement’s eyes dropped out.

Much of this account is based on the writings of the Venerable Bede. who told us in 760 AD:

“When the peace of Christian times was restored a beautiful church worthy of his martyrdom was built, where sick folk are healed and frequent miracles take place to this day.”