This campaign was started by colleagues in the Diocese of Birmingham, in an effort to counter some of the negative after-effects of the EU referendum and recent world events. 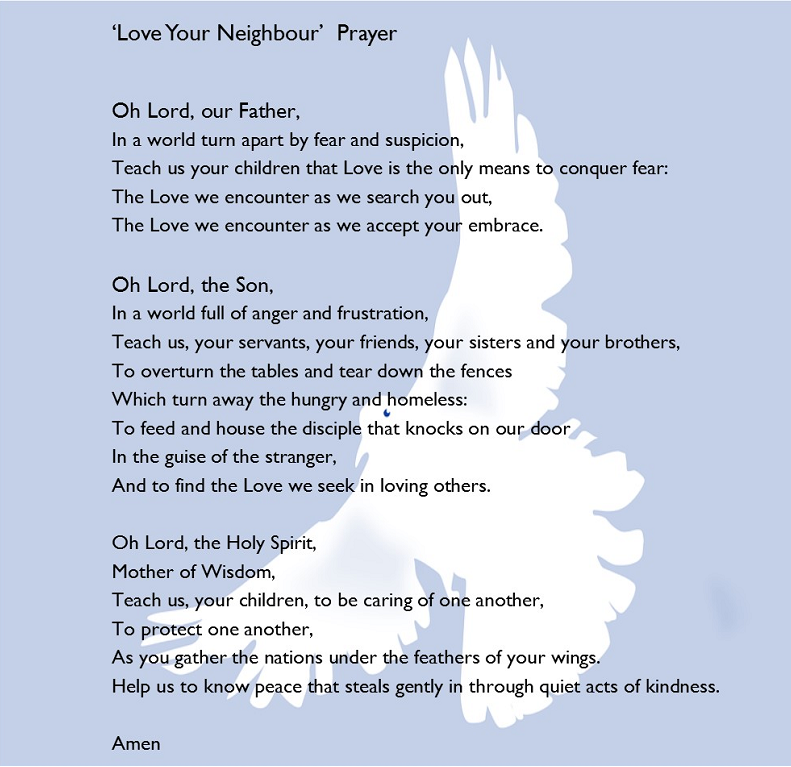 We want to encourage and promote the positive response shown by many people to counter the abuse large numbers of our neighbours are receiving because of the colour of their skin, their expressed faith, their language, culture or accent.

We want to encourage the best in us: the response that looks after our neighbour, shares a cup of tea, chats over the garden fence, shares plants or recipes, helps in times of trouble, when our neighbour is ill or vulnerable, stands by them, supports them – loves them.  This is the love inspired by our diocesan prayer: it is about truly Living God’s Love, and we have written another specifically for this campaign – alongside and available here: Love Your Neighbour Prayer

We launched our participation in the #LoveYourNeighbour campaign among the people of All Saints Church in Bury Park, Luton.  The church has already opened their grounds to their neighbours, providing a garden space for quiet contemplation – working with local school children and under the guidance of congregation members and funding from the Near Neighbours programme.  Another similar space has been opened up for shared allotments, where people can grow some of their own food.  There are pictures of this launch below.

If you’d like to join in the campaign, material can be downloaded from the Diocese of Birmingham website here:  Love Your Neighbour Campaign

There’s a poster available here too:  Love Your Neighbour Poster