For many people, western culture is intertwined with Christianity. So how do South Asians present their case? 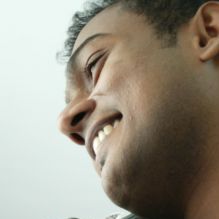 A new booklet entitled ‘Jesus through Asian eyes – 15 frequently asked questions‘ aims to give clear answers to those often-asked questions about Christianity from a South Asian perspective.
The booklet is the brainchild of the South Asian Forum (SAF), a group set up last year as part of the Evangelical Alliance to represent South Asian Christians in mainstream churches, mission and in society at large.  The aim of the booklet is to dispel common misconceptions that Hindus, Muslims, Sikhs and Buddhists have about the Christian faith.

The booklet is intended to be informative, engaging and enlightening and to pay equal respect to people of other beliefs.
A team of writers has come up with answers based on their own experiences with biblical points of reference. The respondents hail from countries as diverse as Kenya , Pakistan, India and the UK. Although their native languages and cultural backgrounds may vary, the writers all live in Britain and are united in their faith in Jesus Christ. Several of the writers come from Hindu, Muslim and Sikh traditions. Other contributors have written about why they converted to Christianity.

Questions like these will be addressed:
• Is Christianity a Western religion?
• Isn’t it better to follow the religion of your family?
• Would I have to leave my family and culture to follow Christ?
• What do Christians mean by calling Jesus the Son of God?
• Does God favour men over women?
• Why are so many Christians not like Jesus?

The booklet costs just 50p per copy and is available from m.raithatha@eauk.org. It comes with guidelines on how it can be used for group discussions.
To order copies please send a cheque made payable to ‘Evangelical Alliance’ marked for the attention of:
Mr M Raithatha
Evangelical Alliance
Whitefield House
186 Kennington Park Road
London SE11 4BT