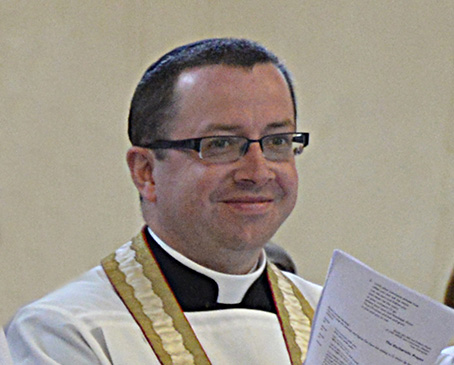 Father David Warner, Curate at St Lawrence,  Abbots’ Langley, soon to be Vicar of Moistly in the Diocese of Manchester, is taking on the Church of England Twitter diary, “Our Cofe,” from today, Monday 11th July, for a week.

David (@DavidWarner) has already tweeted information about the parish where he is curate: “The parish is the birthplace of the only English Pope. Abbots (Langley) is a large village off the M25 north of Watford,” and posted a photo of the parish office as well as calling for prayers for those involved in General Synod today.