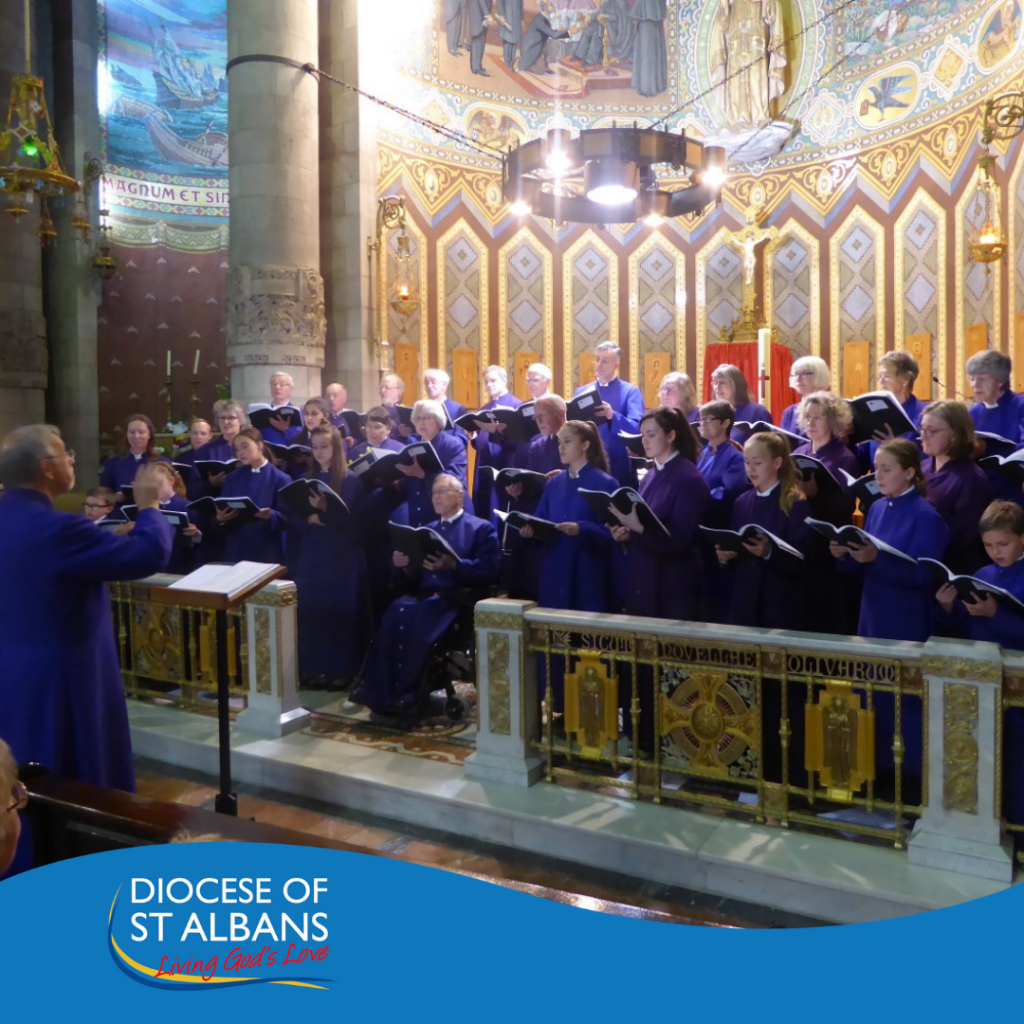 Robin McMorran, a member of the choir at St Peter’s Church Great Berkhamsted writes about their recent tour to Barcelona

For a short time in early summer this year the choir of St Peter’s Church Great Berkhamsted went on tour to export English choral music to the Catalans. The tour was organised by former head chorister and RSCM Gold award holder Stephen Jullien who was living at the time in Barcelona and employed as a youth worker at St. George’s Anglican Church there. The choir performed at a number of prestigious venues across the city, the first of which was a concert in the Church of the Sacred Heart at Tibidabo, a striking white marble Gothic church overlooking the city. The Byzantine-style crypt proved to be acoustically welcoming, as we sang works by Tallis, Blow, Batten and Wood.

Not content with life at sea level, the following day we found ourselves singing at altitude once again in the Benedictine Abbey of Santa Maria de Montserrat deep in the Catalan hills. Our concert in the ornate, tenebrous church included the first performance of a new work by our Director of Music, Adrian Davis, an emotive setting of the Regina Coeli. Moving back to the city, St Peter’s Choir sang during the parish Mass in the intimate Gothic crypt of la Sagrada Família, Gaudí’s magnificent Church of the Holy Family.

After singing Mass at Barcelona Cathedral, a glorious Catalan Gothic building in the city centre dating from 1339, the choir gave an evening concert in the vast and imposing church of Santa Maria del Mar. The nave is breathtaking in its simplicity, with soaring stone columns supporting a high vaulted ceiling. It was perhaps here that our young choristers’ voices truly made their mark in pieces such as Monteverdi’s O Beatae Viae and Elizabeth Poston’s carol Jesus Christ the Apple Tree. To hear the voices of young singers singing solo and in duets filling such an enormous space with pure sound was an unforgettable moment.

The choir tour concluded with a concert and party in the more intimate venue of St George’s Anglican Church, a lively and welcoming branch of the Church of England’s Diocese in Europe.

From mountain to sea, from soaring basilica to hidden chapel, our privilege that week was to sing glorious sacred music in sacred spaces as music blended with architecture. For a few memorable days, Catalonia’s great buildings, once derided as works of discord, became for us a place of concord.

Videos and photographs of our tour can be seen on the St Peter’s Berkhamsted website.