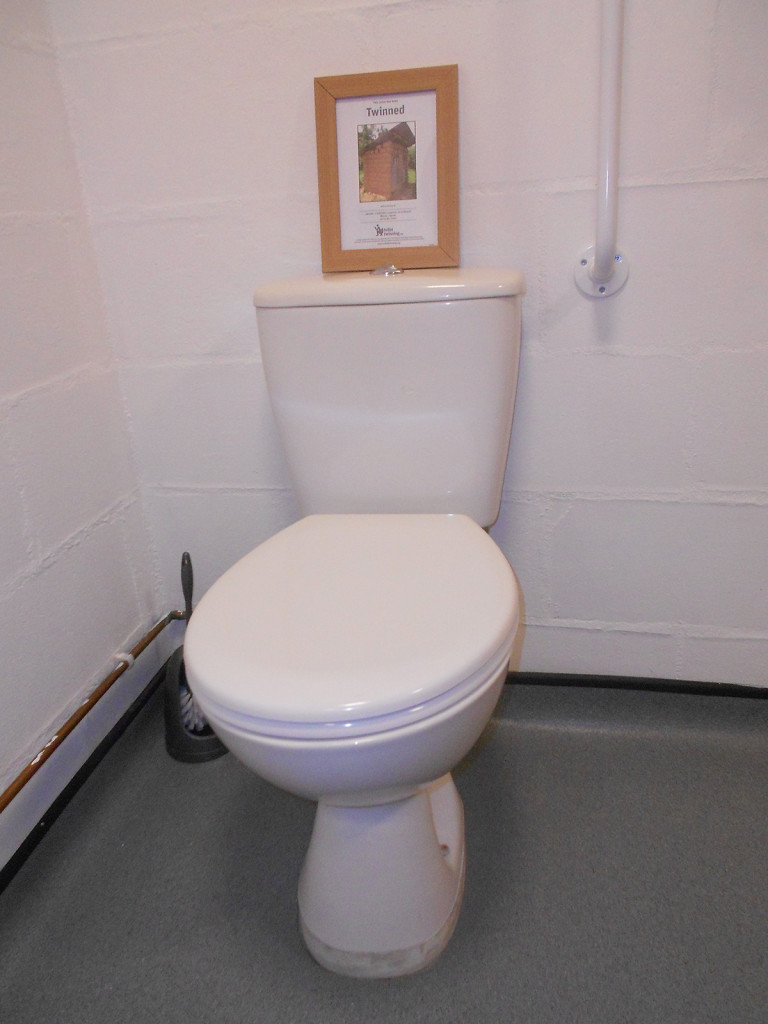 The new toilet, twinned with one in Muyebe, Uganda

Among the many ways that All Saints Church, Harpenden, celebrated its Golden Jubilee, one has achieved prominence on Three Counties Radio: the creation of a new toilet and its twinning with one in Africa.

The new accessible church toilet has been created out an old cloakroom and toilet area in the entrance foyer; replacing the entire 50 year old suite. The toilet is twinned with one in near Uganda. It costs just £60 to pay for a toilet to be built in Africa via the charity Toilet Twinning. A photo of the twinned toilet hangs in the new facility as a reminder of how lucky we are to enjoy such good facilities in this country. See http://www.toilettwinning.org to learn more about the 1 in 3 people in the world who don’t have somewhere safe to go to the toilet.

The Jubilee is a time of great thanksgiving for the church. All Saints is mindful of the Biblical understanding of Jubilee that every 50th year particularly is a time of being set free; of universal pardon from sins and debt; of rejoicing in the great mercies and grace we receive from God. In the spirit of this, All Saints’ are committing 10% of the Jubilee Fund to charities with which it has a long standing connection through founders being members of the congregation; the Church in Musoto, Uganda, and Community Meeting Point in Harpenden and hopes yet to twin the 5 toilet cubicles in the church hall.

All Saints’ Jubilee was marked in July in a special church service led by Bishop Alan in the presence of The Lord Lieutenant of Hertfordshire, The Countess of Verulam, the Mayor of the City & District of St Albans, the Town Mayor and Deputy Town Mayor of Harpenden, other dignatories, former clergy and the first couple married in All Saints: Mr Mrs Dennis Coleman. 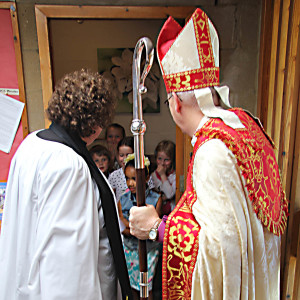 As well as the new toilet, Bishop Alan also dedicated a new lectern, specially designed by Oliver Randell to reflect the lantern spire beneath which it will be placed and used. The third item he dedicated was a name-board recording clergy who have served at All Saints.

After the service and the cutting of the jubilee cake, everyone present placed a stone to make a Jubilee cairn, which will stand alongside the church foundation stone.

All Saints’ celebrations will continue throughout the jubilee year with the refurbishment of the nine windows round the font, remembering the original generous gift of the land by Dolphin Smith. Dolphin wished there to be a memorial window in memory of his son who was killed in the Second World War. While this was not possible in 1965, this refurbishment, adding dusk to dawn lighting will go some way to honouring that wish at last.

Finally, there will be a new All Saints banner sponsored by Harpenden Trefoil Guild in memory of the late Hazel Lamb, a long serving Guiding member.