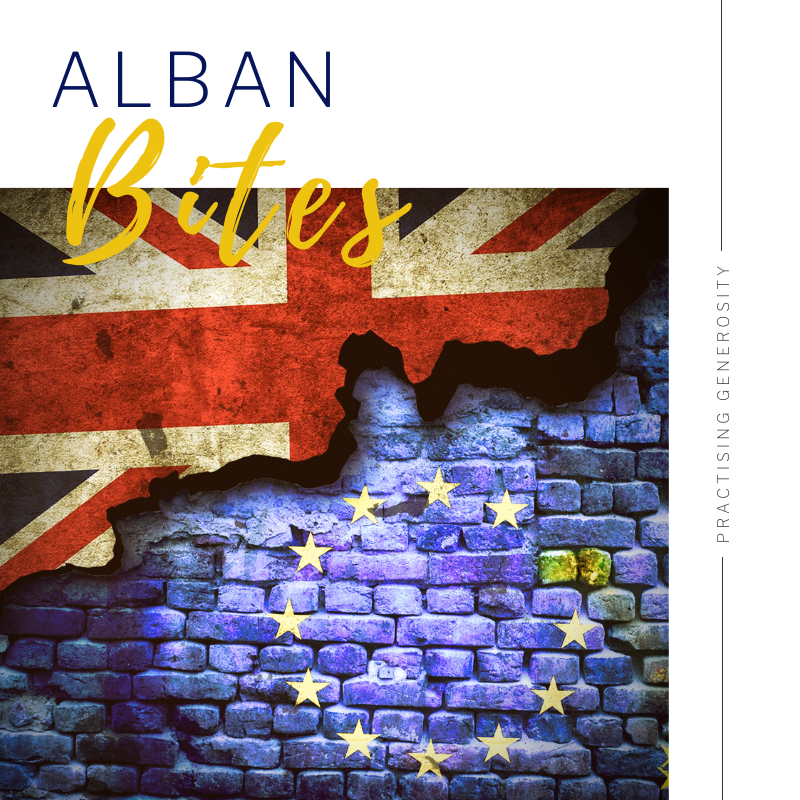 Is localism the church’s answer to life after Brexit?

This article first appeared in issue 2 of Alban Life (March 2019) – a quarterly printed magazine which is distributed to all parishes in the diocese. Click here to read more articles from the ‘Alban Bites’ blog.

The Revd Lucy Dallas offers a longer view of what the church offers our fractured nation after Brexit.

On June 23rd, 2016, I got up early to open my church, which was being used as a polling station in the EU referendum. I was feeling thoughtful as I walked down the path from the Rectory to the church; I’ve always enjoyed a good election, and since I’ve been ordained, I’ve enjoyed the friendly hubbub of hosting voters and getting to know the returning officers.

This one, though, felt different. In the months and especially the weeks leading up to the referendum, I had chatted with all sorts of local people about what they saw as the big issues behind this particular political event.

Sovereignty had been mentioned; so had immigration, Turkey, the London financial sector, the EU super-army, the Erasmus scheme for university students, council housing, the Commonwealth, hospital waiting times, unemployment, the post-World War Two period of peace across Europe, the rise of nationalism, Syrian refugees, the factions within the Conservative Party, good manners (Bob Geldof did the Remain campaign no favours here) and, above all, control. Some questions were notable by their absence: the border between Northern Ireland and the Irish Republic, ‘just in time’ logistics and the Parliamentary processes required to enact in law the outcome of a Leave vote.

In other words, it was a mixed bag, and in the event my community voted in exactly the  same way that the country did: 52% Leave, 48% Remain. What became increasingly obvious to me during this time was that the EU is very complex, far too complex for the average person with a life to lead and things to do to have the time or capacity to understand fully.

At the same time, I noticed the increasingly simplistic polarisation of opinions, and keeping pace with the zero-sum, yes-or-no nature of the question on the ballot sheet, an ever growing multiplicity of ideas about what the EU actually was. To some it was a menacing cabal of ‘faceless’ unelected bureaucrats. To others it was a ticket to a life of travel, education, and possibility. To others still it was an unethical, punitive force on struggling economies (‘Have you seen what they’ve done to Greece?’) To others it was a sheer waste of money that should be spent elsewhere. To some it was a force for good in the UK, subsidising farmers and forcing us to clean up our beaches. To others it meant an alarming and inevitable slide into Islamist terrorism.

It’s hardly surprising, and no slight on anyone, to say that into the unknown unknowns of the EU, we poured in the known knowns of life in the UK with all its fears, joys, shortcomings and struggles. As I heard in my many conversations with parishioners, those struggles and shortcomings were sore and raw; the referendum gave people, momentarily, a voice, and they used their voices to say things that needed to be said, naming injustices, fears, resentments and losses, both social and personal, which shadowed and burdened their lives. This was, in itself, powerful and profound. But even as people gathered the political confidence they didn’t know they had, to articulate stark political realities they knew all too well, their experiences and thoughts were swept up in the one hope: that leaving the EU would put it all right. I don’t think it’s true to say that the Remain campaign expressed as compelling a vision of life’s realities as the Leave side; ultimately, this is why Leave won.

In all of this, I was becoming more and more aware of the complexity of a question which was being treated more and more simplistically by the day, and of the immense depth and breadth of lived experience and feeling which this, simply worded question would answer. I was hearing, more and more clearly, experiences and opinions which flat-out contradicted each other, and the ever-widening gulf between the people speaking. I knew that people didn’t vote to leave the European Court of Justice or the Common Market.

They – we – voted for all sorts of things, for all the things they had been talking about in the run-up to the referendum, with increasing spirit. The EU had, by the referendum, been cast in the popular imagination either as scapegoat or saviour.  The referendum didn’t cause the polarisation in our society: it revealed it and in doing so widened it. No wonder I felt thoughtful as I unlocked the church that Thursday morning.

Two and a half years, and many twists in the political road later, what have we learned?

Well, on a grand scale, it’s still too early to tell. Article 50 has been triggered but not yet, at the time of writing, fulfilled. Every week brings amendments and arguments; the same multiplicity of voices articulating competing political realities continues apace, but has simply transferred to the House of Commons.

As a nation, we have to reflect on the summer of 2016; we need, for the sake our political integrity, to admit the dishonesties and distortions of the referendum campaigning. We need to ask serious questions about the role, and limits, of the free press, of social media and of electioneering in forming public opinion. We need to think carefully about the two-party system and consider how well it has served us. We need to talk about wealth inequality, the housing crisis and the intergenerational mutual lack of understanding that comes from living on two historic sides of a seismic shift in something as foundational as the provision of a home. We need to acknowledge the complexity of the global refugee crisis and our own place within that.

These are difficult conversations to have, but ones necessary to our shared political health; we can only have them if we build up enough trust with each other to do so, which means that we need to learn, more than ever, how to listen well and how to love our neighbour.

So in the meantime, while Westminster rumbles on and on towards whatever the outcome of the referendum is going to be, the wisdom to be found in amongst the ongoing cacophony is, I would suggest, the humble everyday experience of the local community and at the heart of it, the simple-but-not-easy words of Jesus teaching us to love our neighbour.

Last year I sat with an academic specialist in Russian contemporary politics at a Cambridge University high table and asked her, having surveyed and bemoaned the infinite complexity of international politics, what positive response I, as a person of faith, could make to such huge and worrisome forces. Her answer was refreshing: the power of localism, she replied, is the antidote to the fear of international forces beyond our knowledge or control. Getting to know neighbours, hearing their stories, sharing their struggles and joys, bearing the burdens of life together: these are the simple, humble things that lead to a more honest, open political discourse.

The same answer could be applied to the post-Brexit British political landscape. The power of localism should not be underestimated; as the Old Testament prophet said, we must not despise the day of small things.

The danger, and the gift, of localism is that it forces us to talk to people who are not us, and who are not particularly like us. Of course people will always disagree; that’s inherent in the God-given gifts of rationality and free will. Of course people’s experiences will differ; that’s part of what it means to be uniquely created in the image of God. But to listen – really listen – to one another, to hear what the other is saying without leaping to a hasty conclusion or contradiction, is the start of loving our neighbour as ourself.

To recognise the pains that others suffer, the losses that others bear, to allow ourselves to feel the impact of political decisions on real people without becoming defensive about how we voted, to risk changing our perspective or our minds: these are the simple, but hard things that will lead us to where the summer of 2016 should, and could, have taken us: to speaking the truth in love, as St Paul puts it. The referendum revealed the fractures in our society; let’s love by listening to our neighbours, and start to heal.

Lucy lives in Hertfordshire and is a priest in the Diocese of St Albans.