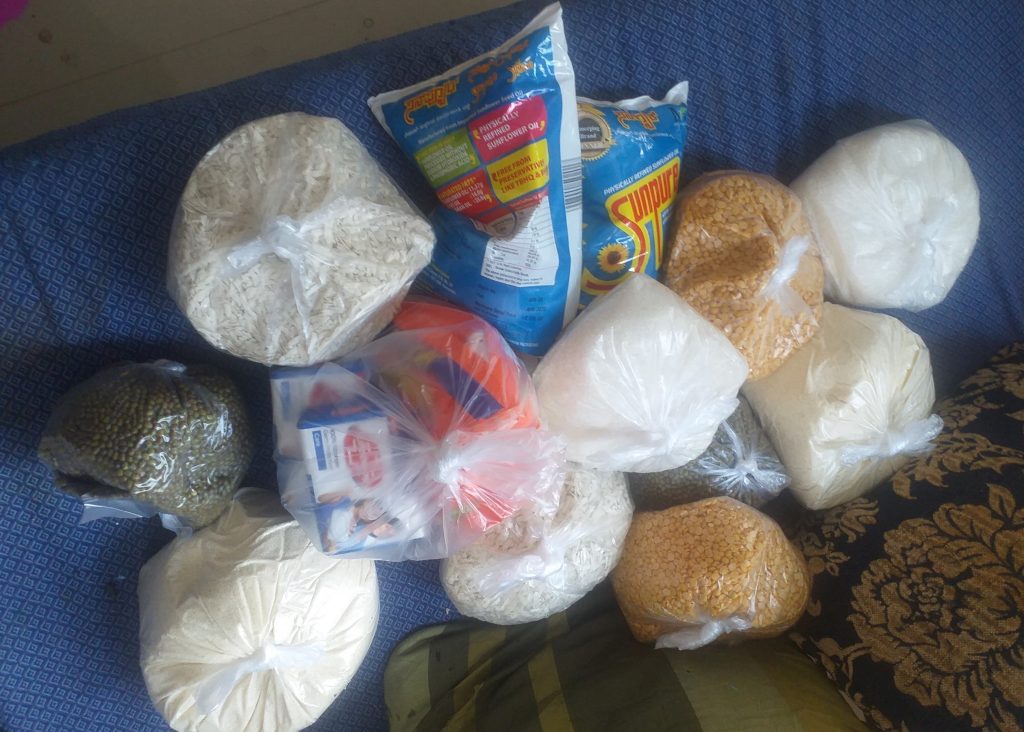 Lockdown Stories: Riseley – When Lockdown Brought Us Together

Almost at the Northernmost tip of the St Albans Diocese is the Parish of All Saints in Riseley. Lockdown has brought them a more global perspective and a realisation that those we think are far away are actually, with today’s technology, not so far after all.

Riseley has long supported Mission Partners in India and Spain. Their link with India began 18 years ago when Anaya* lived with a family in the parish. She returned to India a year later to marry Hari* and the pair began their mission work.

They had a growing call to community ministry and began a cafe near the International University in a property owned by Hari’s parents who were also engaged in missionary work. Students from the University worked there and often attended Bible Study sessions which were run by pupils from the nearby Bible College. Meanwhile Anaya and Hari built a room at the top of their home which was used by a local charity who needed a space for disadvantaged children to meet. They also began a goat farm, with the help of University grants, hoping to use it as a research project to teach good goat farming methods.

Then Lockdown arrived and it was far stricter than in England. The extreme levels of poverty drove people to steal the goats from the farm. What had been intended to provide a source of income for families was now gone, not helped by the poor weather before the coronavirus really kicked in.

All the safety nets which helped the migrant workers in the area disappeared, and the people Anaya and Hari were reaching out to were no longer able to work and wanted to return to their homes, but even if the trains were running they would never have been able to afford the journey. So they were left with no option but to walk the 100 or so miles back home.

Those left on the streets became the victims of police brutality, and the charity Anaya and Hari were working with realised that many of their children, often with only one parent, were left with nothing. They were outside any kind of benefits system and there was no other support available.

Meanwhile the cafe closed, staff were laid off with part payments and Anaya and Hari knew they had to find a way to support the families they had been helping.

Anaya shared the news with her friends back in Riseley, and through the generosity of the church there and in Bletsoe they have been able to support and feed 70 children, who would otherwise have had nothing.

In the midst of the practical provision, the church in Riseley realized they had missed a really obvious form of support, and had done so for many years. The numbers attending the prayer meetings grew from 20 to 40 online, and they realised that now they could invite Anaya and Hari to join them too.

Why hadn’t they thought of that before? And, not only could they be joined from India but also by their other partners in Spain. Lockdown in Riseley saw generosity to those suffering many miles away, but also a growing and praying together in ways which may never have happened if we hadn’t all been faced by the necessity for new technology to facilitate the way our church communities worship, serve and pray for each other.

* all names have been changed