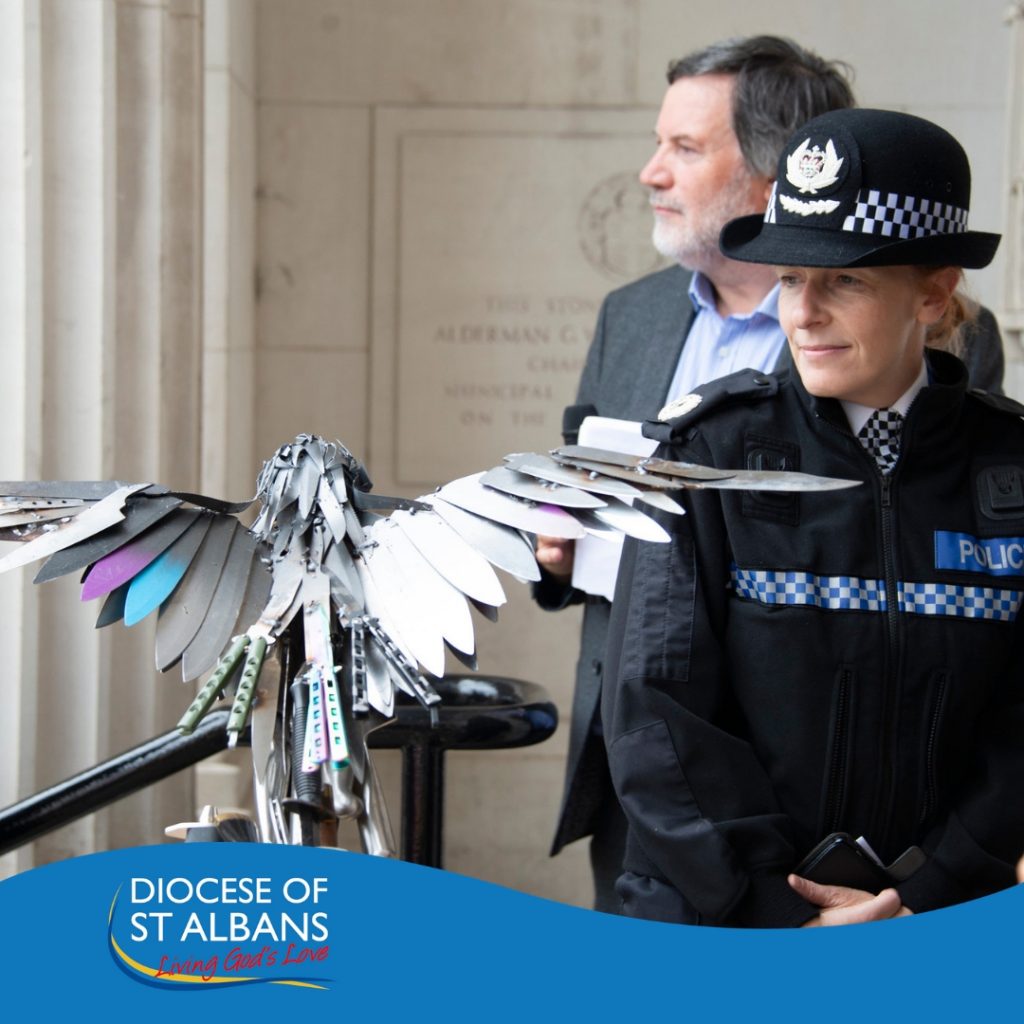 Visitors to Luton’s Mall on 18th June were among the first to encounter the ‘#BeatingKnives Peace Vigil’ passing through the shopping centre.  The vigil was one of only three similar events in the UK, the others being in East London and in Birmingham. Each is inspired by and hosts Shane Claiborne, a US Christian activist who has completed a #BeatingGuns tour across 37 US cities. As part of the US tour, guns were heated in a forge and beaten into garden tools, sending a prophetic message of peace. This has been echoed in the creation of the knife sculptures in the UK, appropriate to our context of escalating concern about knife crime.

#BeatingKnives showed a short film, giving voice to those most affected by knife crime. The vigil then headed for Luton Town Hall for a period of silence and the unveiling of a sculpture made from knives found in police amnesty bins, shortly to go on display in Luton and Dunstable Hospital. The sculpture, made by Joe Carey, a school teacher and member of St Mary’s Congregation, transforms the knives into objects of hope ‘uniquely reflecting the city, the stories, the pain and the creativity of local people,’ say the organisers.  Pictured above is Bedfordshire Police Assistant Chief Constable Jackie Sebire, national lead on knife crime, who attended the unveiling.

The Bishop of Bedford, the Rt Revd Richard Atkinson, said: “Every knife surrendered should make our streets safer but will only do so if it is not replaced by another. That is why this is not just an exercise in collecting scrap metal: it is about collecting people’s stories and transforming their lives so they no longer need to turn to knives as the solution to their needs.”

The vigil was organised by St Mary’s Centre for Peace, a local project working among the churches and faith communities, and faith and justice charity ‘Red Letter Christians UK”.

The object was to show commitment to developing cultures of peace and addressing serious youth violence, marginalisation and deprivation. #BeatingKnives draws on the experiences of young people, parents, and activists working to address these issues, amplifying their concerns and prophetically showing a way forward to peace.

The joint organisers hope that the vigil has appealed to people of peace across Luton’s diverse communities and to supporters of local organisations with which they’re working, which include: Safer Luton Partnership, Walk to Freedom, Bedfordshire Police, Youthscape and various local community groups. The sculpture and film will go on to be used in peacemaking work in schools and other organisations in Luton.

Red Letter Christian UK spokesperson and East London-based activist Dr Sally Mann said: “We are sick and tired of seeing so much violence in our local communities. It’s life-destroying and it’s soul-destroying. It’s time for all of us to take a stand. Taking weapons seized from the streets of Newham, ‘Let’s Beat Knives’ will see us turn tools of death into tools of life and hope. We will also amplify the voices of remarkable local people who are doing amazing small things every day to fight for their community and for social justice.”

Before the vigil, there was a seminar for local Christian leaders and afterwards, an evening celebration at St Mary’s Church. 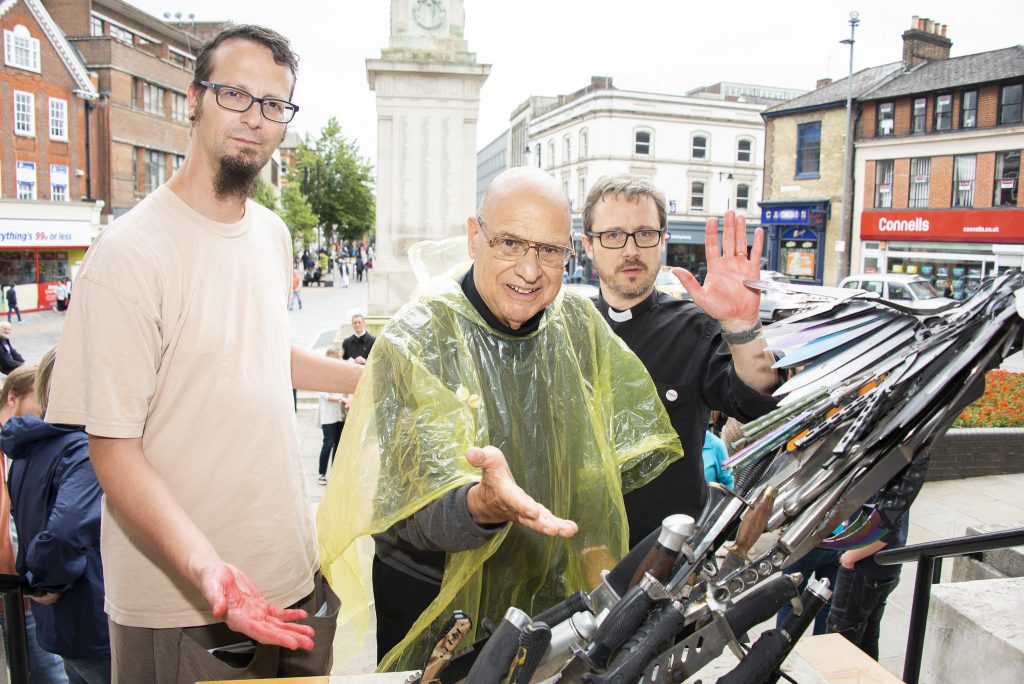