Reactions to bombings in Sri Lanka on Easter Sunday 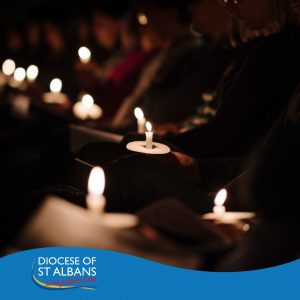 Prayers were offered and silences kept in churches across the diocese over the Easter weekend, following the shocking news from Sri Lanka of bombings of churches during their Easter Sunday services.

Speaking on BBC Radio 5 live, the Bishop of St Albans said: “I share the widespread horror that people feel about this atrocity. With attacks on places of worship in all parts of the world, we need to continue to make the fundamental argument for the continuation of freedom of religious belief which protects all of us. We have a duty to speak on behalf of any religious community to protect that right anywhere in the world. It is very sad that the number of asylum seekers let in to this country does not reflect the number of persecuted Christians all over the world.”

On Wednesday 24th April a vigil was held outside Luton Town Hall, with Luton’s faith communities, Luton Council and Bedfordshire Police unanimously expressing their solidarity with the churches and the people of Sri Lanka.

Zafar Khan (Chair, Luton Council of Faiths) said, “We are deeply saddened at this heartbreaking incident. While we still await information regarding the perpetrators and their motives, we strongly condemn this barbaric and inhuman act of terrorism against Sri Lankan people. Our heartfelt condolences go to all those who have lost their loved ones in this outrageously criminal and cowardly act.”

On behalf of the Luton Council of Mosques & the Luton Sunni Council of Mosques, Rehana Faisal said, “We extend our condolences to all, and particularly to our Christian friends who will undoubtedly be feeling a pronounced sense of loss and sadness. We stand united with all in grief and in resistance to hate and violence. It is particularly abhorrent that these attacks were carried out on a day, which holds so much significance to Christians. We utterly reject all ideologies of hatred and division.”

Expressing his sadness and utter outrage, Bedfordshire Police Force Executive Chief Constable Jon Boutcher QPM MSt (Cantab) FRSA said, “Our condolences go out to the victims and their families of these callous and evil attacks. We have zero tolerance for those that espouse hatred in whatever form and however subtly people might advance it. The ultimate consequences of those that promote division and hatred is being seen all too often in its most horrific form. Our differences are our strengths.”

Mayor of Luton, Cllr Naseem Ayub, said: “We are devastated to hear of this tragedy that has taken place today in Sri Lanka. Our thoughts and prayers go out to the innocent victims of this senseless and heinous attack. This is an attack on humanity, and all communities in Luton will continue to stand united against all forms of violence. We strongly condemn these appalling cowardly acts of hatred and division.”