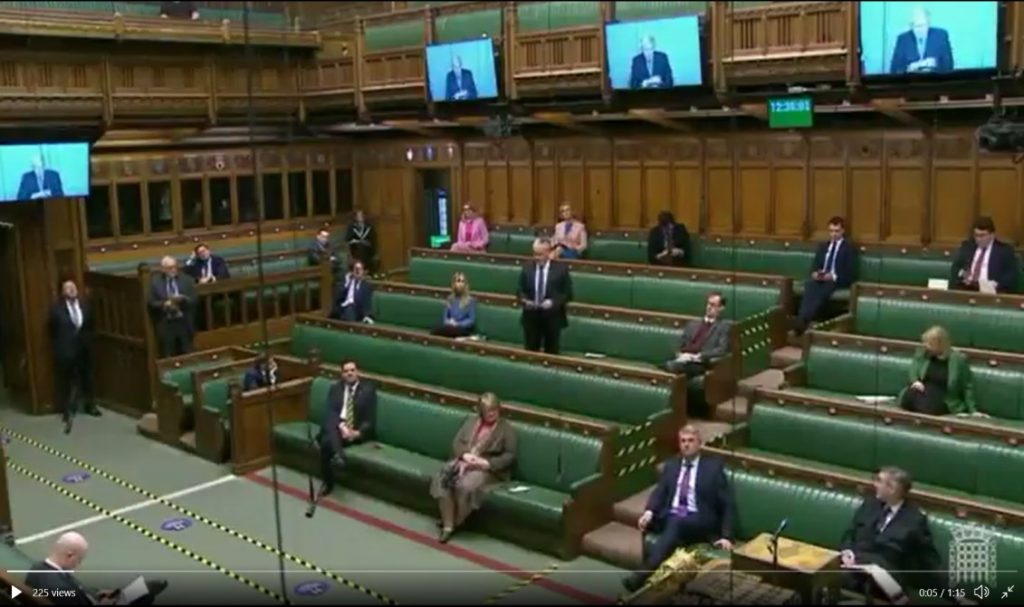 Year 6 pupils had been asked by their teacher, Miss Twitchett, to consider the positives from lockdown. The pupils felt that the reduction in human activities had lowered the levels of pollution and that the impact on the environment was the main positive. They were quite passionate about this topic and some carried out their own research at home. In order to give their writing a real audience and real meaning, they addressed their letters to Richard Fuller, MP for North Bedfordshire. Mr Fuller brought the correspondence to the attention of the Prime Minister during Prime Ministers Question Time.

“I was very impressed by the letters from the Year 6 pupils and by the initiative of Miss Twitchett to give purpose to their writing by having their letters sent to someone, rather than just as an exercise.”
He went on to say:
“My hope is not only to highlight the good works of the school but to provide the class with a sense that their thoughts and actions can have a real impact with people, such as the Prime Minister, who are in powerful positions of authority.”

News from our Schools
« »

Once submitted your comment will be moderated by Diocesan staff before showing.