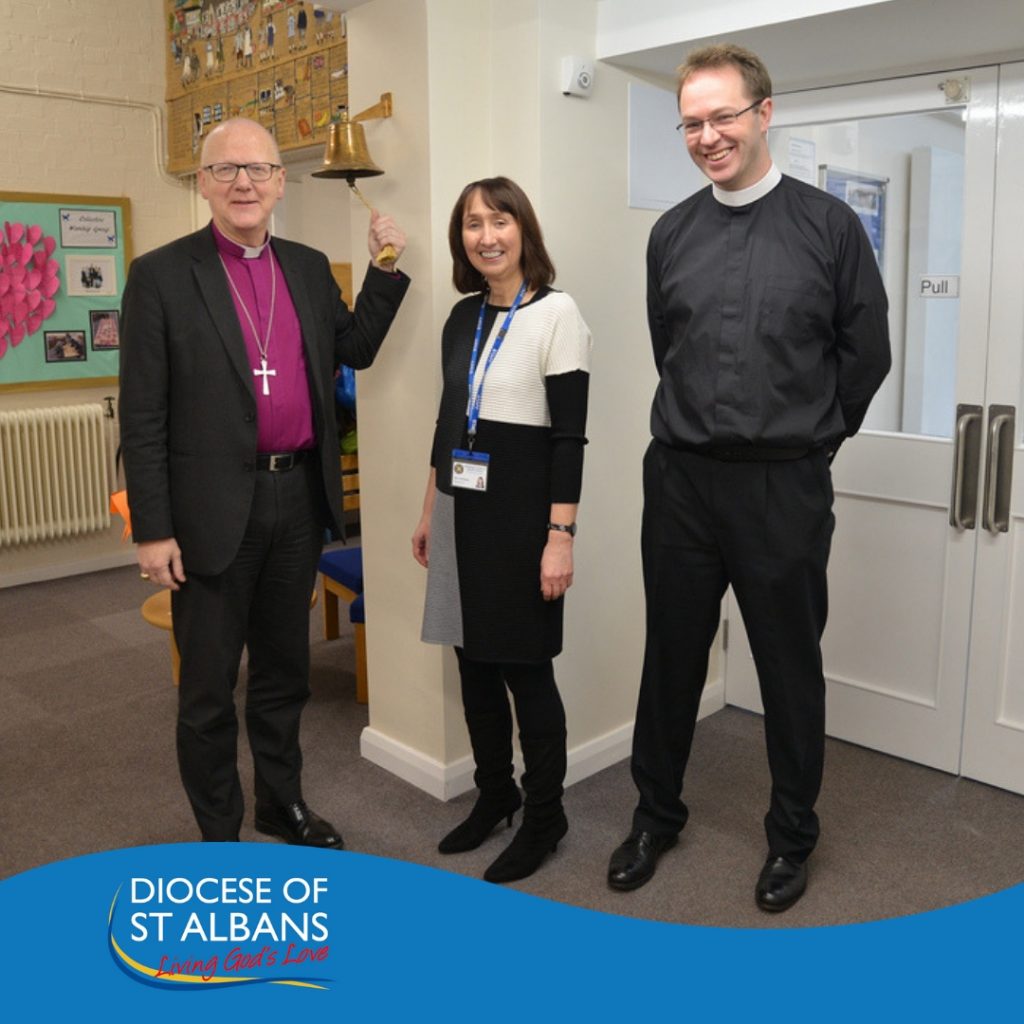 A new extension to St Michael’s Primary School, St Albans, is now complete.  The opening celebrations were led by the Bishop of St Albans on Tuesday November 27th with a service in St Michael’s Church followed by a tour of the new facilities for invited guests.  Two new classrooms, a new entrance porch and significant internal reconfiguration raises the school to a single-form entry and make it fit for teaching and learning in the twenty-first century.  The new build reflects the style of the adjacent school hall, is imbued with the peace of the adjacent churchyard, and fits neatly within a confined space.

As the building project began, historically significant Roman finds were discovered.  Archaeologist James Fairbairn of Oxford Archaeology and his team worked alongside the builders to reveal the corner of the main façade of a Basilica, dating from 79AD and a late Roman portico, which extends over Roman Watling Street.

Head Teacher Alison Rafferty said, ‘We are delighted that our project at St Michael’s has unearthed such amazing secrets of national significance. It is incredible to think that St Michael’s children have been playing football on top of a Roman basilica for so many years! We worked closely with Historic England, our architect and builders to ensure the sensitive construction of the classrooms  to preserve these finds ‘in situ’. We have incorporated a viewing area within one of the classrooms to bring this living history into the educational provision at St Michael’s for future generations.’

The children were fascinated to see some of the artefacts that have been discovered, such as 6 Roman coins, the handle of an amphora and most unusually, a tile revealing a paw print of a Roman dog! 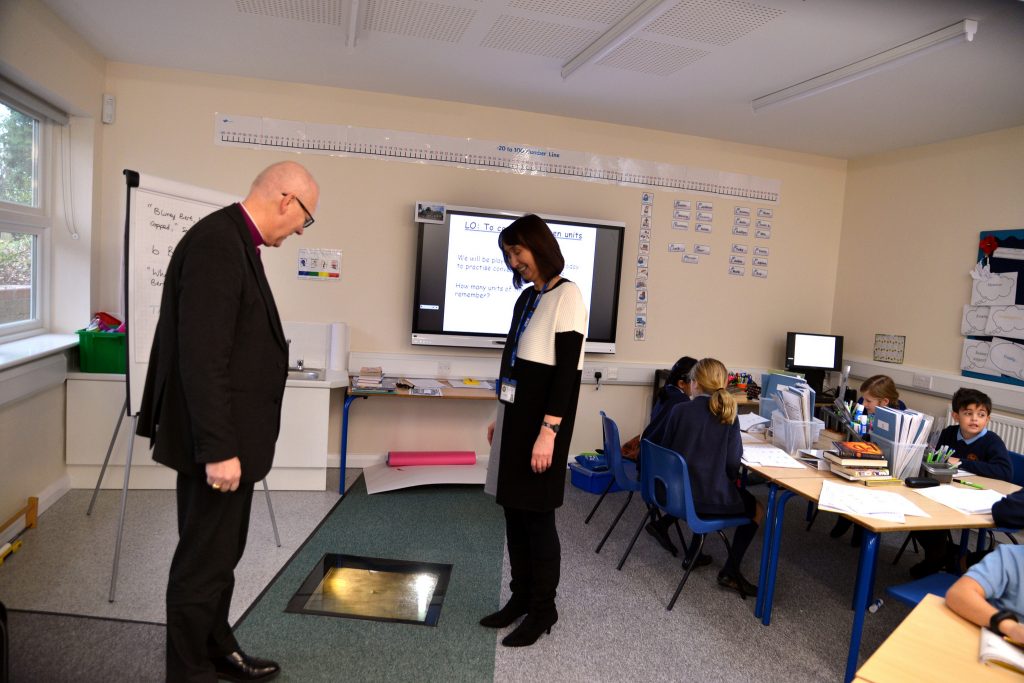 Bishop Alan and Headteacher Alison Rafferty look at the Roman Basilica through the viewing area in one of the new classrooms.

This story was featured in E-News, the fortnightly e-mail news bulletin from the Diocese of St Albans 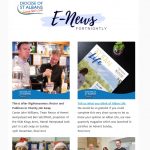