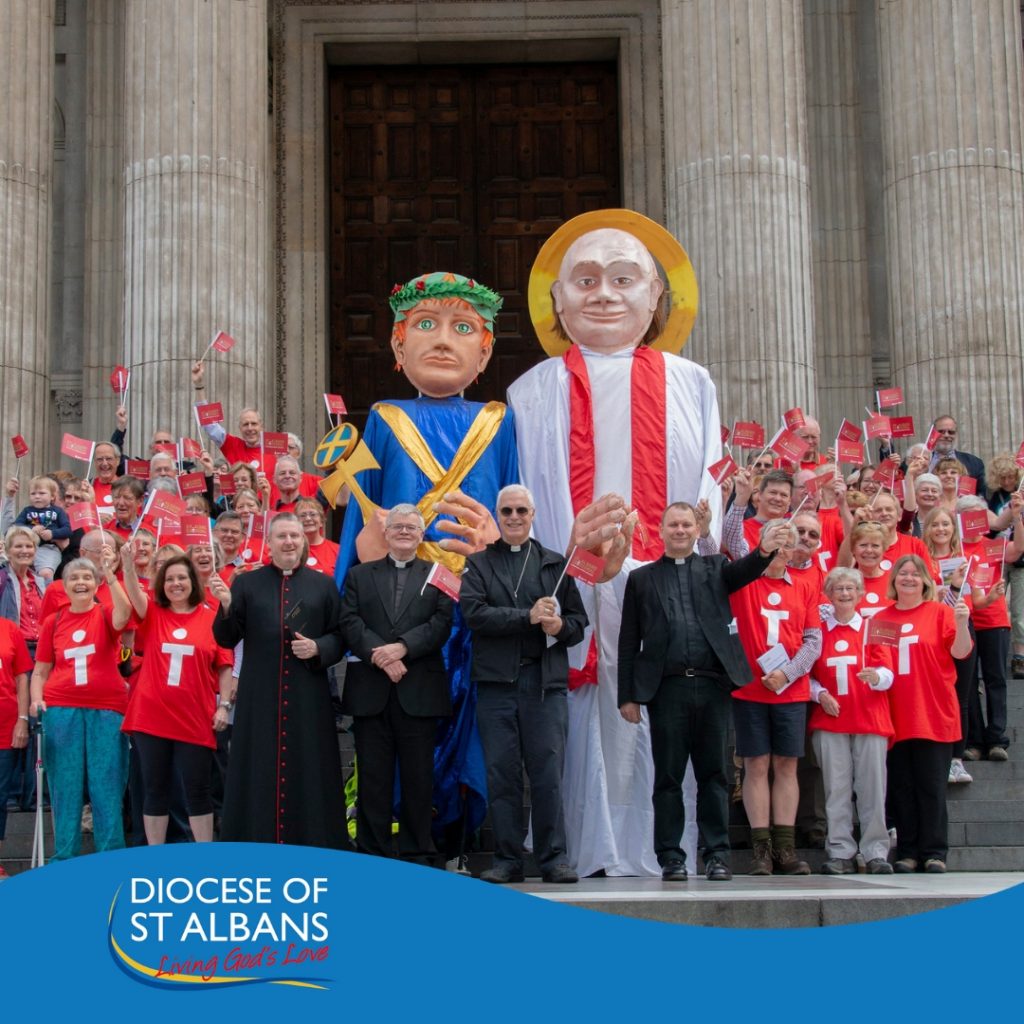 On Wednesday 19 June at midday, a giant 12-foot puppet of Britain’s first saint, St Alban, was joined by visitors and pilgrims outside St Paul’s Cathedral to launch a new walking pilgrimage route.  The sun shone as the pilgrims and puppets set off on their journey, though the weather turned as the party reached Regent’s Park.

You can keep up to date with the group’s progress via our Flickr page where new photos will be added throughout the pilgrimage.

The new 35-mile route from St Paul’s Cathedral to St Albans Cathedral takes in some of London’s most stunning parks, waterways and views. Designed in five stages, the journey offers a chance to boost the physical and spiritual wellbeing of those who may struggle to find the time in their busy city lives to undertake other pilgrimages. Each stage is easily accessible via public transport, making the pilgrimage green.

St Alban, who some argue should be England’s patron saint, was a Romano-British citizen who lived in the Roman city of Verulamium.  He died for his faith around 300 AD, close to the spot where St Albans Cathedral now stands, after giving shelter to a Christian priest fleeing persecution. Alban’s life and death encompassed many human qualities including courage, hospitality, openness, faithfulness, tolerance and ultimately self-sacrifice. Those who join the walk will be given reflections on these themes.

The Rev’d Canon Kevin Walton, Canon Chancellor at St Albans Cathedral commented, “St Albans to London is one of the busiest commuter routes in modern Britain. In this route we are offering a different kind of journey, away from the stress and busyness of modern living, and rediscovering our spirit and cultural roots as we tread the way from our vibrant capital to the home of Britain’s first saint.”

Find out more about the Alban Way Pilgrimage Route 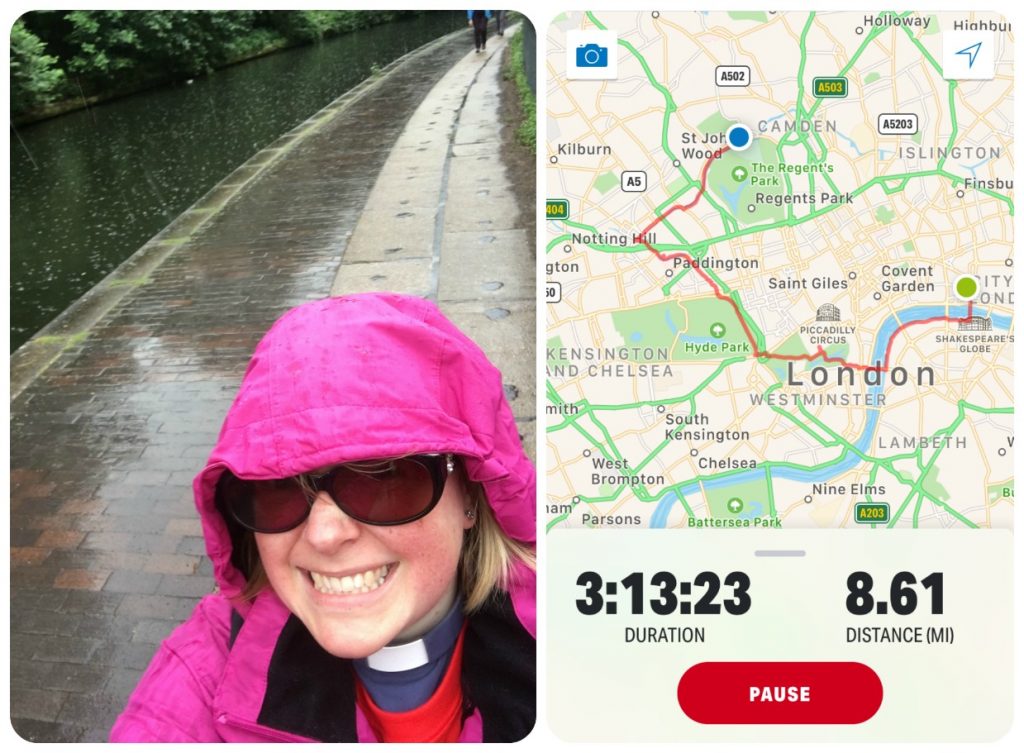 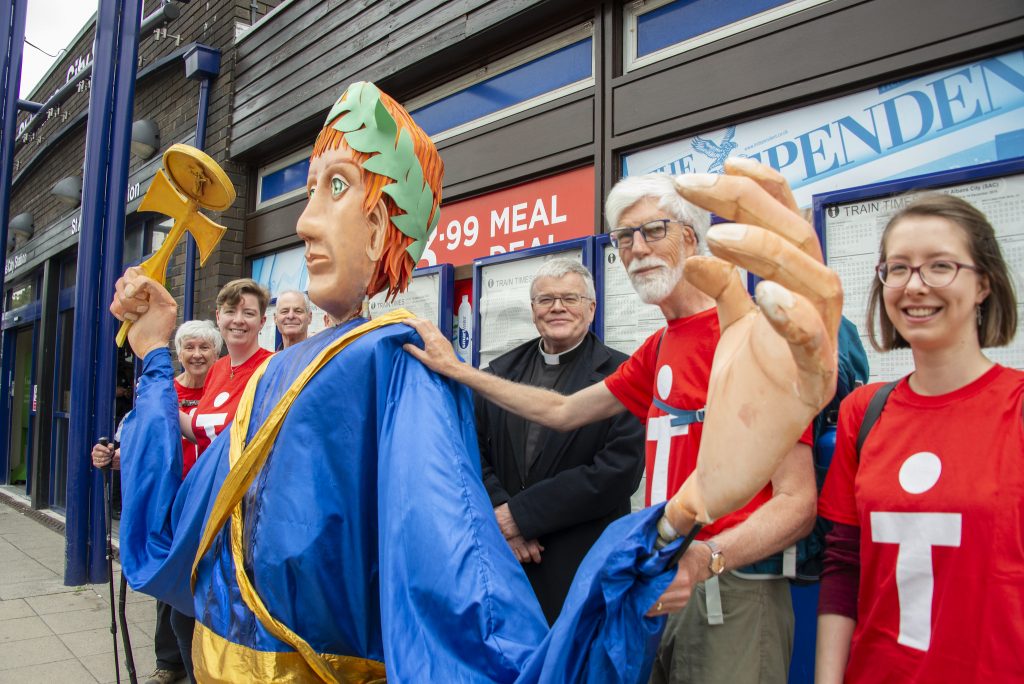