Canon Susan Pope has announced, today, 12th April 2021, that she is retiring from her role as Diocesan Secretary of The Diocese of St Albans at the end of September 2021. 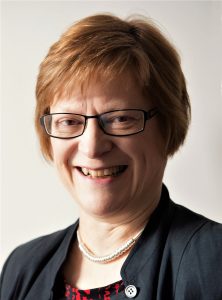 After 20 years’ service, Canon Pope says: “It has been a real privilege to serve the three hundred and thirty nine parishes as chief officer of this diocese under two bishops and four Chairs of the Diocesan Board of Finance.

Ensuring that there are the finances and people to provide a Church of England presence in every community in the 1100 square miles of the diocese, has been the key task. I am grateful to so many in the parishes with whom I have worked and who have helped make this possible.”

The Bishop of St Albans, Dr Alan Smith, thanked Canon Pope for her work. He said: “Susan has been hard-working, strategic, forward thinking, principled and a great and loyal friend to the diocese. Many of us are grateful for her clarity of mind and wise counsel. She will leave the diocese in good financial and organisational shape for her successor for which she has my thanks. We wish her well for the future.”

Canon Pope hopes that she will have more time in retirement to pursue her love of music and in particular choral singing.