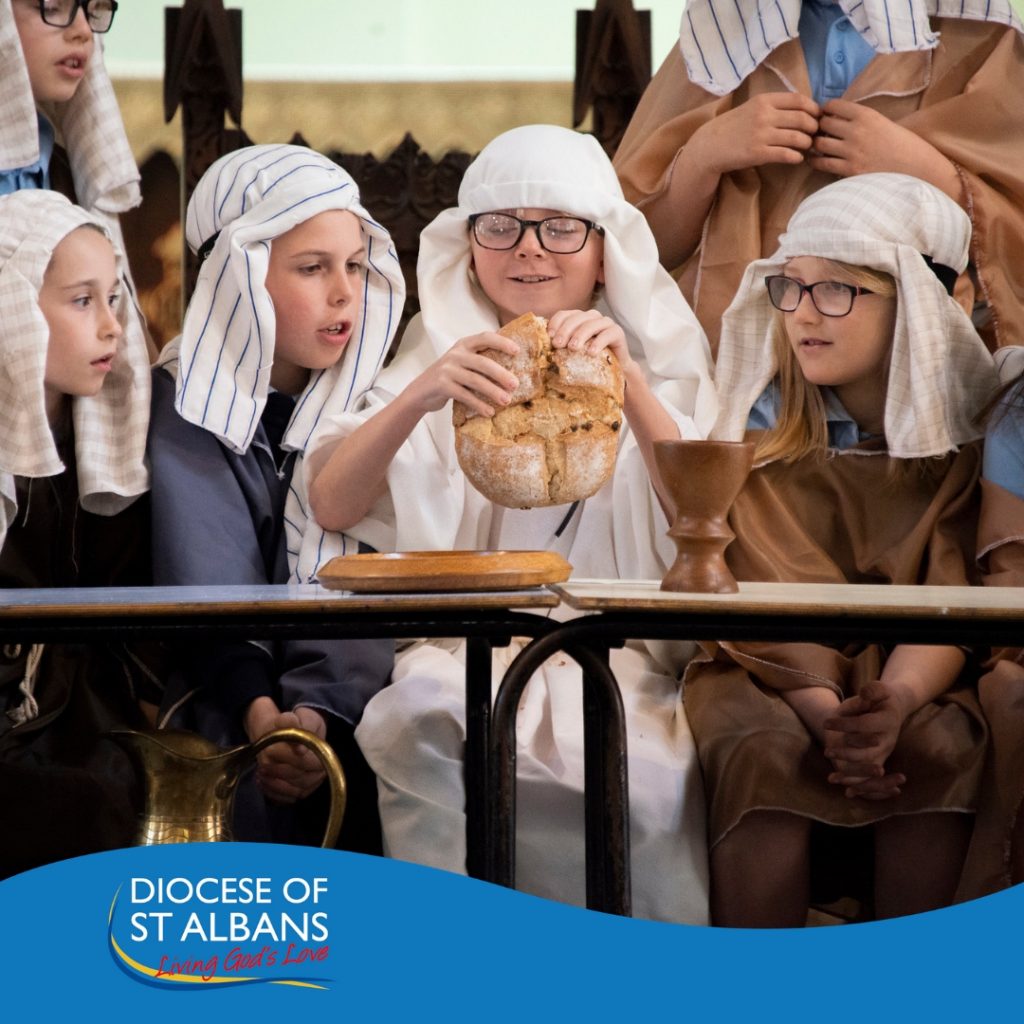 Tea towels are not just for Christmas! Passion Play in Stotfold, Bedfordshire

In a move that could prompt another bonanza for supermarket tea towel sales, The Rector of Stotfold, Bedfordshire has staged a Passion Play with Year 4 of the local primary school, St Mary’s Academy. The Rector, the Revd Bill Britt, has called it: ‘Oberammergau comes to Stotfold.’  The Passion Play at the school is in its third year, but this is the first year in costume – hence the tea towels.

Revd Bill continued: “This year we are pulling out the stops. I’ve roped in a local director to help with the script and choreography and I got a £200 grant to buy fabrics and 63 hours have gone into making the costumes.”  He concluded: “This is a great opportunity to share the gospel story with people who might not otherwise hear it over Easter.”

Welcoming children and parents he said: “Lovely as they are, Nativity plays tell only the beginning of the story of God’s plan to save humanity by sending Jesus Christ into the world. Today in the Passion Play we are going see and hear the rest of the story and this is The Greatest Story Ever Told. It is a true story that has changed the lives of billions of people.”

The Rector emphasises that this is not a replacement for Nativities, but a supplement. They do two Nativities in Stotfold, as they are so popular. There were two performances of the Passion Play too: one for the school and one attended by over 100 parents and people from the village community.

Joshua, eight, who played Jesus, said: “When I broke the bread and passed around the wine I felt quite happy and good.  I was a bit nervous at first when I was on the cross because there were a lot of people looking at me. But then it felt a nice thing for me and for other people seeing me do it.”

Headteacher, Miss Sam Bishop, said: “The older children love the opportunity to take the lead in our worship, they see it as a great responsibility! The younger children responded very positively. The visual nature of the service made it accessible to all and even the very youngest children were talking about the Easter story afterwards.”

One of the adults attending wrote on a comment card: “The children took it so seriously. I could see that it meant something to them, what good teaching.” Another found that it had been a “very moving performance,” and a third wrote: “Beautifully acted with great solemnity.”