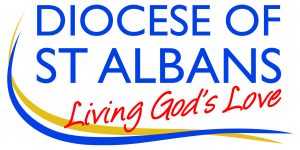 I am aware of the recent court action, with regard to Post Office Limited and the Horizon software system, which was brought by a number of individuals who are or were at one time employees of the company.

It is not my purpose in making this statement to defend or excuse the way that Post Office Limited was run.  It is clear to me that these events, which have been reviewed by the High Court, were a terrible tragedy which have had an appalling effect on the lives of a large number of people, some of whom are still suffering.  I am the son of a former sub post-mistress, so I have a pretty shrewd idea of what it is to run a post office as it was a significant part of my childhood.  I can only begin to imagine the extent to which the actions of the Post Office have affected and still affect the lives of many people.  All those affected continue to be in my prayers.

I have maintained a close watch on developments and I note that Post Office Limited reached a settlement agreement with some of the plaintiffs.  It is my understanding that the action taken was against Post Office Limited as a corporation and that no culpability was attributed to any specific individuals.  Ms Vennells has made a personal apology.  I am also aware that there are many legal processes still underway which I, and anyone else, would hesitate to pre-empt.

Ms Vennells is a Clerk in Holy Orders and is authorised to minister in the Diocese of St Albans.  She is a self-supporting minister, meaning that she does not receive a stipend for carrying out her duties as a priest.

I have received correspondence from a number of people detailing what went wrong. Some of these describe events which took place before Ms Vennells worked for Post Office Ltd and for which she cannot be held responsible.

One of the significant factors in this case is that there is a difference between allegations made against Post Office Limited and allegations of personal wrongdoing by Ms Vennells. I entirely appreciate that the Chief Executive Officer is the lead officer in an organisation.  However, the law – which I must apply when dealing with complaints against priests – only allows me to act on the basis of allegations, supported with evidence, of wrongdoing by the priest.  My view, taken following legal advice, is that I cannot simply impute to Ms Vennells all of the failures found to have been committed by Post Office Limited.  If I were to do so, I would be making assumptions about the management practices at Post Office Limited, and of Ms Vennells’ state of knowledge throughout the period of this dispute.

I have to be conscious that, in an organisation of the size and complexity as the Post Office, the company is not simply a manifestation of the Chief Executive Officer’s personal will and diktat.  Leaders, including the Chief Executive Officer, will be responsible to the Board, and knowledge and decision-making will be dispersed over a wide range of executives, department heads, professional advisers and contractors.

It is possible for complaints about clergy to be brought in relation to their secular or business lives.  In such cases I must make decisions based on evidence of personal misconduct, and I cannot assume that evidence to exist, based solely on findings against a company.

The Church of England has a formal system by which complaints may be made against clergy.  Complainants are required to furnish me with evidence of misconduct and to demonstrate a proper interest in bringing the complaint.  If any formal complaints are made within those parameters, which are legally defined, I will consider them upon the evidence and make a decision.  To find the formal process please see: