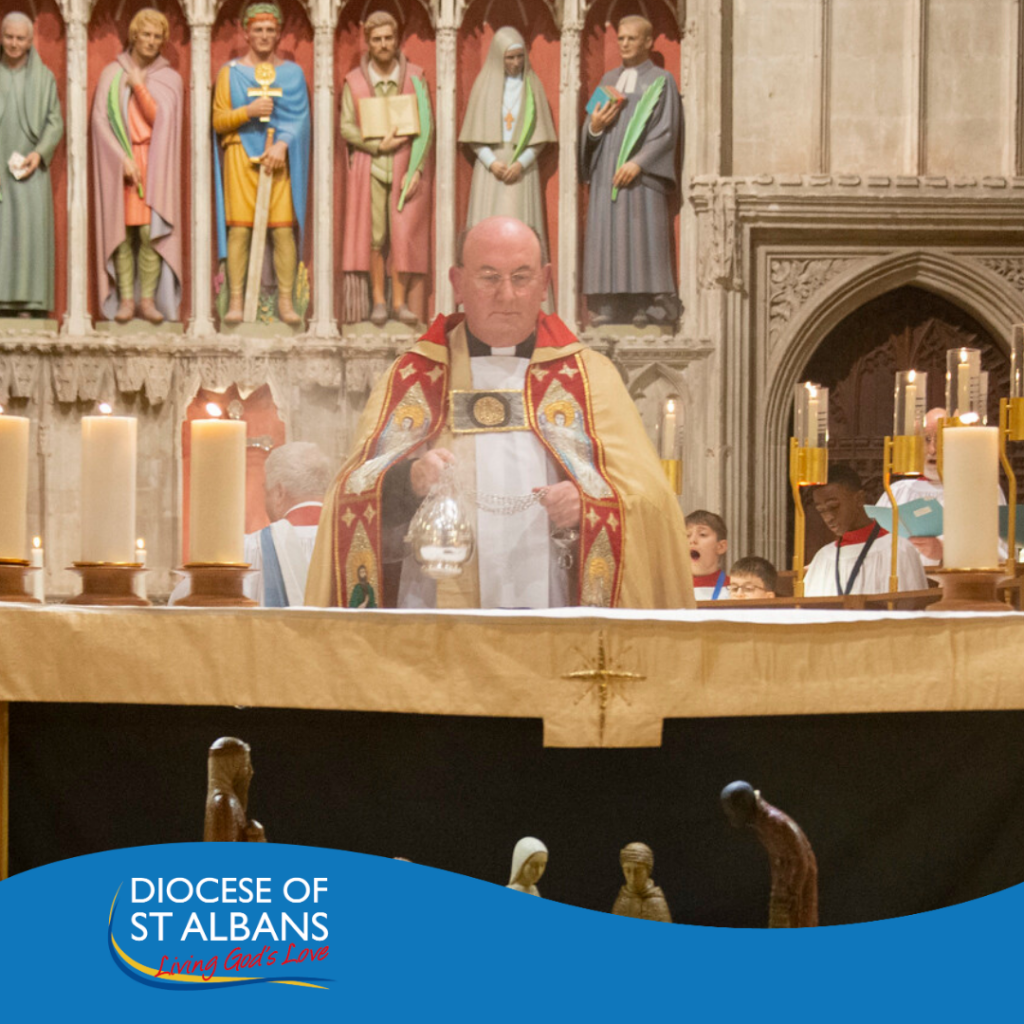 Valediction of the Archdeacon of St Albans

Evensong at St Albans Cathedral on Saturday, 11th January was also the service of valediction for the 62nd Archdeacon of St Albans. As he himself pointed out, this was not to mark the end of his ministry but the end of his role as Archdeacon, on his retirement.

In his sermon he thanked the many people involved in the service, spoke memorably in asserting that all human love is a sacrament of God’s love and humorously quoted from a poem as is his frequent habit. The poem was Rupert Brooke’s ‘On Freiburg Station’ which amusingly observes that the memory of a bishop passing by in puce gloves was unforgettable beyond all else.

Archdeacon Jonathan’s change of role was marked during the service by the removal of his archdiaconal cope and stole and the donning of the stole in which he was ordained, forty years ago.

The service ended with the Bishop of St Albans presenting him with a few gifts: a football, a pair of referee cards and a football whistle which the Bishop blew to indicate ‘full time’ on his archdiaconal ministry. Archdeacon Jonathan is a long-time football referee in his spare time.

Click here to read Archdeacon Jonathan’s sermon from the service